Here is a tool developed to evaluate multiple ASR (automatic speech recognition) engines and benchmark them to help answer the question, what is the best ASR for my dataset?

Every time an ASR is released, commercial or otherwise, it often comes with a claim that they are the best.

It’s a very difficult claim to substantiate. How do they know they’re the best? Maybe they’ve publicly benchmarked? Sometimes they release a vague chart with cherry picked results. Other times there’s a more detailed study. But still it’s hard to believe that the person doing the benchmarking is likely to report findings that show their ASR in a bad light.

Progress in the ML space moves very quickly. Overnight a new model is trained. What about the papers last year with the new dizzying end-2-end-2-end with mega-transformers? and with guest appearances from all your favourite childhood tv-shows. Were these compared? It can be difficult to keep track, plus you don’t want to keep hitting your competitors’ ASR all the time - this takes time away from R&D.

One can judge from experiment, or one can blindly accept authority.
Robert A. Heinlein

This is one of the reasons why SpeechLoop was developed.

The following were some design decisions made while developing SpeechLoop:

There are many features to list, but a video of simple usage will be even more useful.

Here we demonstrate using the CLI to record microphone and pipe the data into the selected 3 ASRs.

Above we run the CLI to evaluate against the included test dataset. It outputs a CSV. Below is a copy of the output text - following blogposts will focus on ASR results themselves. 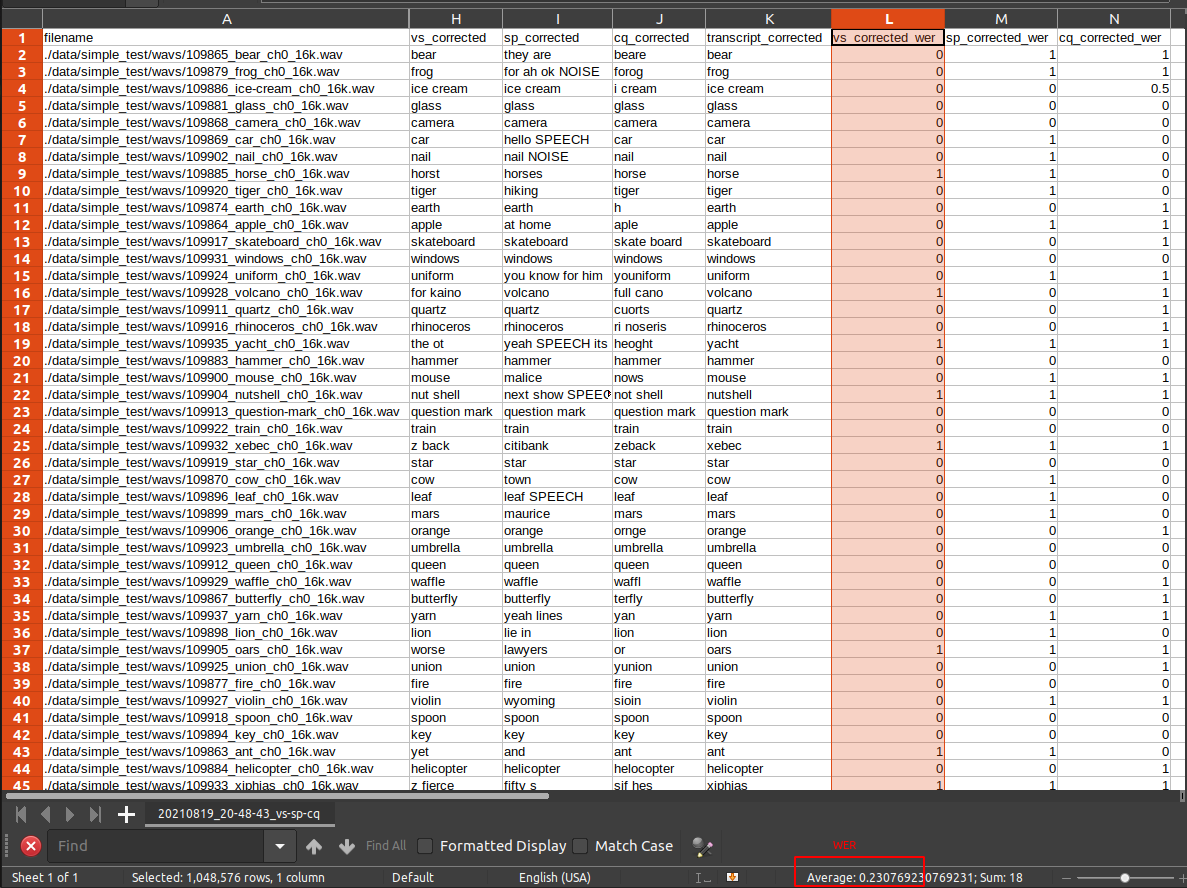 Often it’s good to load the CSV in excel-like tools to quickly skim the results. For anything more advanced a jupyter notebook might be the way to go.